Bradley Cooper is one of those Hollywood actors that transformed his acting niche. In Cooper’s case, this means a change from a sloppy supporting actor in films like The Hangover to a serious leading star in films like American Sniper, Silver Lining Playbook, and more. Luckily for us, he is young enough to still live up to his full potential.

Born in Philadelphia (1975), Cooper seems to have had a rather uneventful, Catholic upbringing. He completed a bachelor’s degree in English but was always leaning towards acting schools, and in 2000 he completed an MFA in acting.

We first meet Cooper in an episode of Sex and the City, where he played a small guest role, but his film debut was in Wet Hot American Summer (2001). He had a couple of more relapses to the world of TV including one that actually got him considerable attention for his role as Will Tippin in the series Alias (2001-2006). Prior to his transformation we mostly know him from his small time characters although occasionally from good comedies. Take for example his role as Sack Lodge in Wedding Crashers (2005) or as Demo from Failure to Launch (2006). 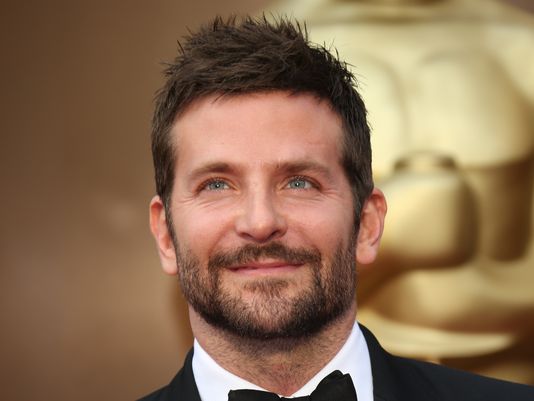 Small time parts turned to all time star in 2009 when Cooper first got to do a major part as Ben in He’s Just Not That Into You. 2009 is an important year for Cooper not just because he is starring in several films but also because that was the year he established himself as a serious and capable actor. Next we have Case 39 (2009) where he played Douglas J. Ames, starring alongside Renee Zellweger. And let’s not forget his role as Steve Miller in All About Steve (2009). But the role he is probably best known for is Phil Wenneck in The Hangover I, II & III (2009, 2011, 2013). This wacky comedy tells the story of 6 friends who go to Las Vegas to celebrate Doug’s bachelor party and, well, you can probably guess where it’s going.

Some of his more thoughtful films include Silver Lining Playbook (2012), also starring Robert De Niro, in which he played Pat (Patrick), a mature character that undergoes a profound change. Cooper was nominated an Oscar for Best Actor for his role in this film. He was also nominated for the same category for his role as an FBI agent in American Hustle (2013). Finally, perhaps one of the more difficult roles he had so far – both for its intensity and for the fact that he is practically the most important character in the film – Kyle in American Sniper (2014). In this biographical war film Kyle is the best marksman the U.S. army has under its belt, but the patriotic life take its toll on his family and himself. This role, naturally, also won him a nomination for Best Actor.

After struggling with alcohol and drugs early on in his career Cooper decided to abstain from that lifestyle. By the way, this makes it all the more interesting to watch him as Eddie Morra in Limitless (2011), a writer who becomes addicted to a mental-acuity-enhancing drug. In any case, 2011 he was named PEOPLE’s Sexiest Man Alive, which might explain why (after one divorce) he is not so quick to settle down.