I wouldn’t call this film the best action movie I’ve ever seen, because categorizing it simply as an ‘action movie’ is really not doing it any justice. This complex, captivating, thought-provoking film deserves so much more appreciation than what was given to it by the critics, proving once again that relying on the public’s (alleged) general opinion might make you miss one of the best films you’ll ever see.

Denzel Washington brilliantly plays Creasy, an alcoholic with a regretful past, who is hired to protect the talented Dakota Fanning, a young Mexican girl called Pita. The two develop a relationship that somehow pulls Creasy out of the depth of his despair and back to the living world only to tear his heart to pieces when Pita is kidnapped. Creasy launches a bloody revenge, one which has never been more justified in the history of action movies. 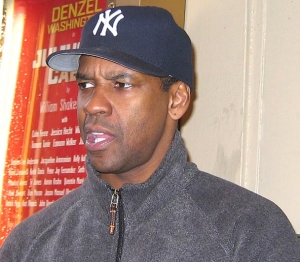 The violent second half of the film does more than quench the viewers thirst for blood; it expresses the anger and frustration that we all feel when we watch together with Creasy how Pita is taken away. The two halves of the film stand in sharp contrast to each other, yet are so complementing that they seem to be truly the work of an artist. As Christopher Walken (in the role of Rayburn) says so powerfully: “Creasy’s art is death. He’s about to paint his masterpiece”.

It’s true that some aspects of the film are completely unreliable. Creasy is accused of killing a cop, yet he walks the streets freely. He is seemingly homeless, yet he has several changes of clothes and a steady flow of weaponry, including a missile launcher at some point.

But this is the brilliancy of the film: It’s not meant to be realistic. It’s meant to express the intensity of emotions that we as viewers so eagerly wish to unburden. Creasy’s anger is so wild that no realistic scenario can ever capture it. The exaggeration of the bloody second half of the film compared to the subtlety of the first is not a vice, it’s a stroke of genius.